Declaration on violence against rebellions in Iraq

Human Rights Society – USA follows the progress of the civil rebellion in Baghdad and other cities of Iraq that calls for civil rights that are protected by the constitution and international laws and treaties including the right to demonstrate and be protected by the governmental security forces.

Rebellion was ignited at Al Tahrir square in Baghdad, Al Haboubi squre in Alnassiria, Al Majsarate squre in Najaf, Al Tahadi street in Diwaniya, alongside demonstrations in other cities of Basra, Karbala, Ammara, Diala, and Wasit. The rebellions call for reforms, public services, employment opportunities, and the alleviation of financial and administrative corruption.

Despite the sever practices of the security forces to block the roads to the square, the resistance of the huge masses forced them to use fire, tear gas, and hot water against rebellions and journalists who are contributing in the rebellions. Many rebels were arrested, and many others were wounded including 40 members of security forces, and a few were killed: Mohammed Habib Al Saadi, Murtada Sadiq Al Muhamadawi, and Hasan Mahmud Al Fartusi.

Human Rights Society – USA supports rebellions’ rights and calls for stopping violence against them and dealing with this suspended issue since 16 years. We call for releasing arrested rebels, and investigating on entities who are responsible of conducting violence against rebellions. Moreover, we request the rebellions to avoid violating security forces orders, to avoid vandalizing public assets, and to sustain a peaceful rebellion. 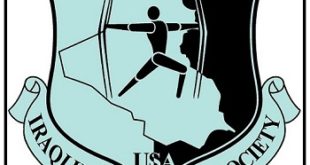 Iraqi Human Rights Society – USA calls for establishing a committee to investigate on the entities who are responsible of assassination and kidnap crimes.