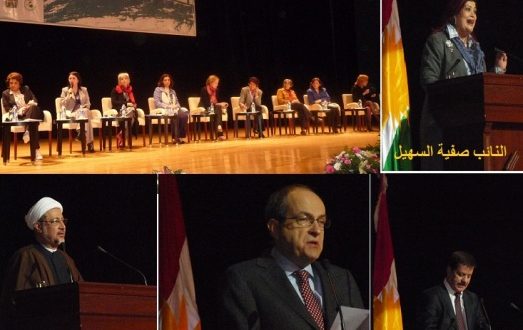 International Conference about women… And meeting with the Assyrian National Party 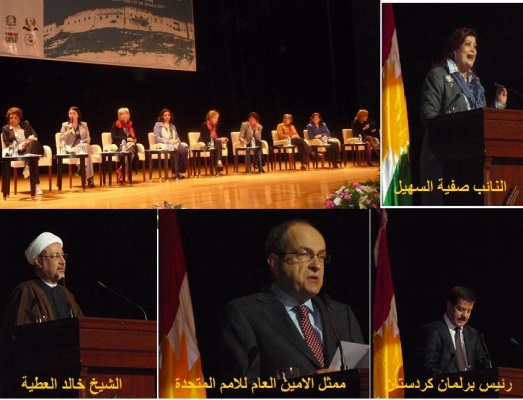 International Conference about women… And meeting with the Assyrian National Party

The Iraqi Human Rights Society in the US has participated in the international conference Erbil. It was held under the motto “The Role of Women in Peace-Building, Reconciliation and Accountability.” The conference was held in Erbil between October 27-28 , 2011. Attendees included several members of the Iraqi Parliament, Kurdistan Parliament , ministers, diplomats and civil society activists from Iraq and around the world. Several researches, studies, and dialogues were presented in this conference, calling for women’s emancipation and also giving woman the opportunity to establish her existence as an important person in the society and the country. Several officials presented their words about the role of women, including :

After discussions and dialogue, several recommendations and important suggestions were offered to support the ambitions of Iraqi women in the next future.

On the other hand, Mr. Hamid Murad, President of the Iraqi Human Rights Society in the US had met with Mr. Emmanuel Khoshaba, the Deputy of Secretary General of Assyrian National party, and also Mr. Sergon Alqas, the Manager of Kabni Organization for Humanitarian Programs. At the end of the meeting, there was discussion about several humanitarian issues, the demands of IDPs and our people’s rights.  Mr. Murad praised the efforts of the Chaldo-Assyrian people’s organized committees through this difficult phase. These efforts are focused on demanding basic rights, and particularly, citizen’s rights inside of Iraq