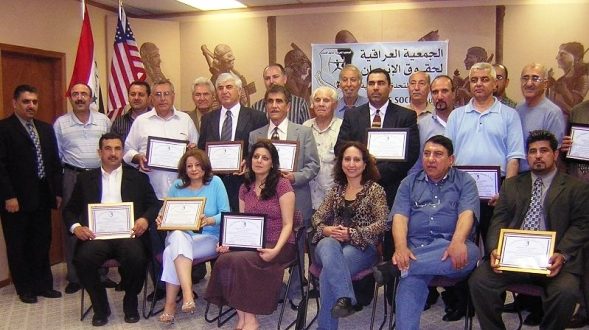 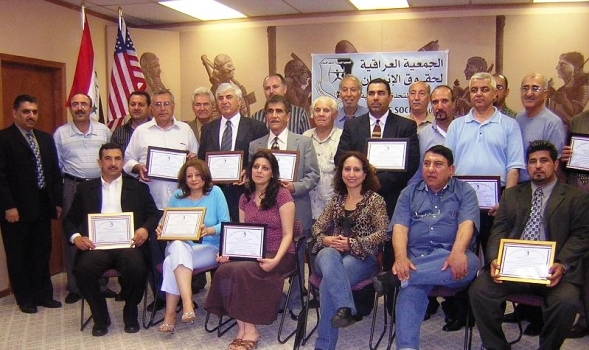 Mr. Aqeel Al Kuftan, vice president and director of the Iraqi Human Rights Society in the United States, started off the conference by welcoming all the participants. He then presented clear details about the conference’s mission and the organization’s future visions with respect to training the largest possible number of people about issues that deal with human rights.

On June 13, Dr. Shakir Georges gave a lecture entitled “Teachings of Human Rights and its Effects on the Individual.” He spoke about the international teachings and Iraq’s constitution and the way in which to benefit everyone (society) and the individual.

Following Dr. Shakir was Attorney Nameer Damman. He gave a lecture entitled “Law and the Human Rights.” He explained the importance of people becoming aware of the laws that concern the country they live in. He also discussed the definitions behind the laws for Iraqi immigrants and the laws concerning the countries which they live in.

On June 14, Professor Dr. ‎Abdelluh Assayegh‎, gave a speech entitled “The Media and Human Rights.” In it, he gave a detailed and academic explanation about the importance of the media, the role it plays in the world, and the significance of each citizen being aware of his or her legitimate rights.

Mr. Hamid Murad, president of the Iraqi Human Rights Society in the United States, gave a lecture entitled “Roles of the Civil Rights Organizations with Regards to the Iraqi Situation.” He gave a satisfactory explanation about the activities of the Iraqi organizations outside of Iraq – during the time of dictatorship – and its roles in bringing awareness about Iraqis’ suffering and victimization to a number of international countries. He focused particularly on the most successful activists, and the large roles that the organizations played inside the country despite the current threats.

Towards the end of the conference, the organization gave the participants a certificate of gratitude and appreciation to all who helped make this conference a success. These included fellow members of the Democratic Assyrian Movement, the Iraqi National Conference, the Chaldean/Assyrian/Syriac Council, the National Kurdistan Union, the Mandaean Organization, the Islamic Party and the Iraqi Communist Party, the children of the national uprising, St. Mukha Al Kahiri Organization and the Iraqi Artists Association.

In conclusion, the Iraqi Human Rights Society in the United States presented Professor Dr. ‎Abdelluh Assayegh an honorable membership in the organization.